History of the Festival 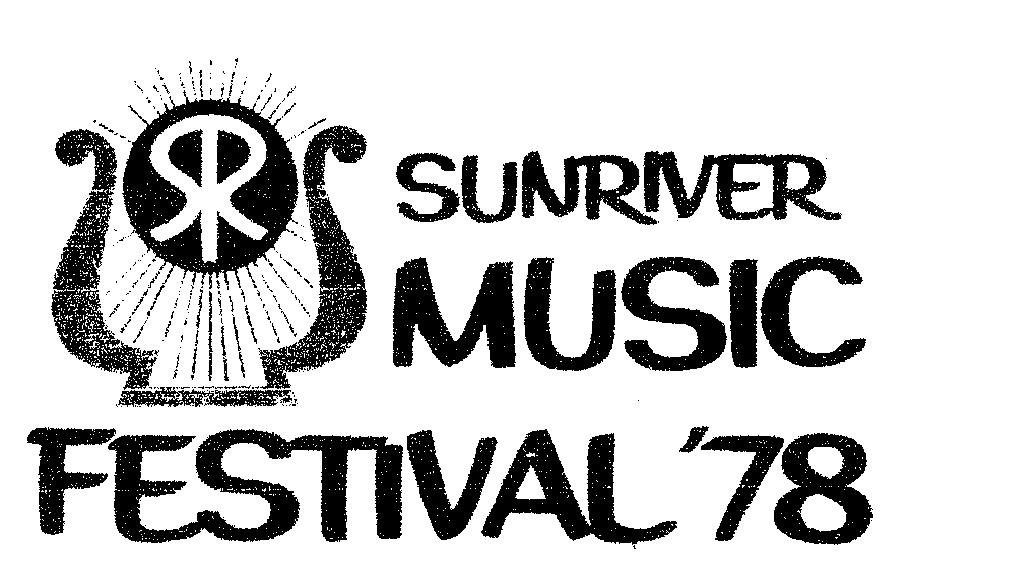 Ray Fabrizio, principal flute of the Sunriver Music Festival orchestra until his death and Sunriver residents Doug and Polly Kahle, are credited with the inspiration of creating a music festival in Sunriver’s Great Hall. The Kahles were entertaining long-time California friends, Ray Fabrizio and his wife, and they visited Sunriver’s historic Great Hall. In 1942, Camp Abbott, a training base for Army Engineers, was on the site of what would become the Sunriver Destination Resort. The Great Hall was built as an officers’ club and it was stunning.

As the group toured this historic structure, Ray snapped his fingers and said “Hmmm, pretty good acoustics in here.” Then someone added “Wouldn’t it be a great place for a music festival?” Two and a half years later, the festival would launch its first season in 1978.

Polly Kahle – Sunriver resident Polly Kahle, with help from husband Doug, took the music festival idea and ran with it. Polly was instrumental in sharing her enthusiasm with volunteers from the resort community and professional musicians throughout America who loved Central Oregon summers.

Ray Fabrizio – A good friend and neighbor of the Kahles when they lived in California, Ray was a successful music teacher and symphony performer and one of the top flutists in America.

James (Jim) Reeves – Manager of the Louisville Symphony (1977), he prepared the original festival proposal that was presented in March 1977 to Ann Wall of Sunriver Properties (original developers of the Sunriver Lodge and owner of the Great Hall). Howard West was the Sunriver Properties Marketing Director at the time. Shortly after a meeting between Reeves and West, Reeves took a job with the Oregon Symphony. Jim was the founding executive director of the festival (1979-1988).

Charlene Wilson Russell – A California friend of Ray Fabrizio and a renowned cellist, Charlene loved the idea of a summer classical festival. She talked to Jim Reeves about the idea. As noted, Jim wrote the original proposal for the festival. Fabrizio and Russell were responsible for recruiting the first group of musicians, who in turn, suggested others. Many had participated in the Bear Valley Festival in California.

Ann Wall – Publicity Director of Sunriver Properties. Jim Reeves presented the initial proposal to Ann and she loved the idea.

Julie Peecher – Originally Ann Wall’s assistant, Julie picked up the proposal and was assigned to help the volunteer group get the festival started. With her enthusiasm and with the full support of Sunriver Properties she announced that the festival would launch in the summer 1978.

Joan Hibbs – A close friend of Polly Kahle, Joan was invited to be a member of the Festival’s first board. She was selected to be the First-year Festival's Chairman and was a current representative to the Oregon Arts Commission.

Jean White – Member of the Central Oregon Symphony Society and a strong supporter of the festival idea.

Sunriver Properties – Owner/developer of the Sunriver Resort, they were instrumental in launching the festival. They saw the public relations value of the event and cooperated fully with the initial team. In an interview in 1978, Polly Kahle stated: “We couldn’t have done it without their help. “They gave us Julie Peecher to work with, rooms for musicians, and they made the Great Hall available. They did so much.”

Lawrence (Larry) Leighton Smith – Director and Conductor of the Oregon Symphony (1977), he was the first Sunriver Music Festival Artistic Director. Was Smith concerned about being Maestro of a risky new festival? No, as he told interviewer Paul Redding in 1978: “When I came in, things were well organized and not so risky. My experience at Orkney Springs, Virginia and Aspen, Colorado and Tanglewood had given me the knowledge of how pleasant a summer festival could be.” 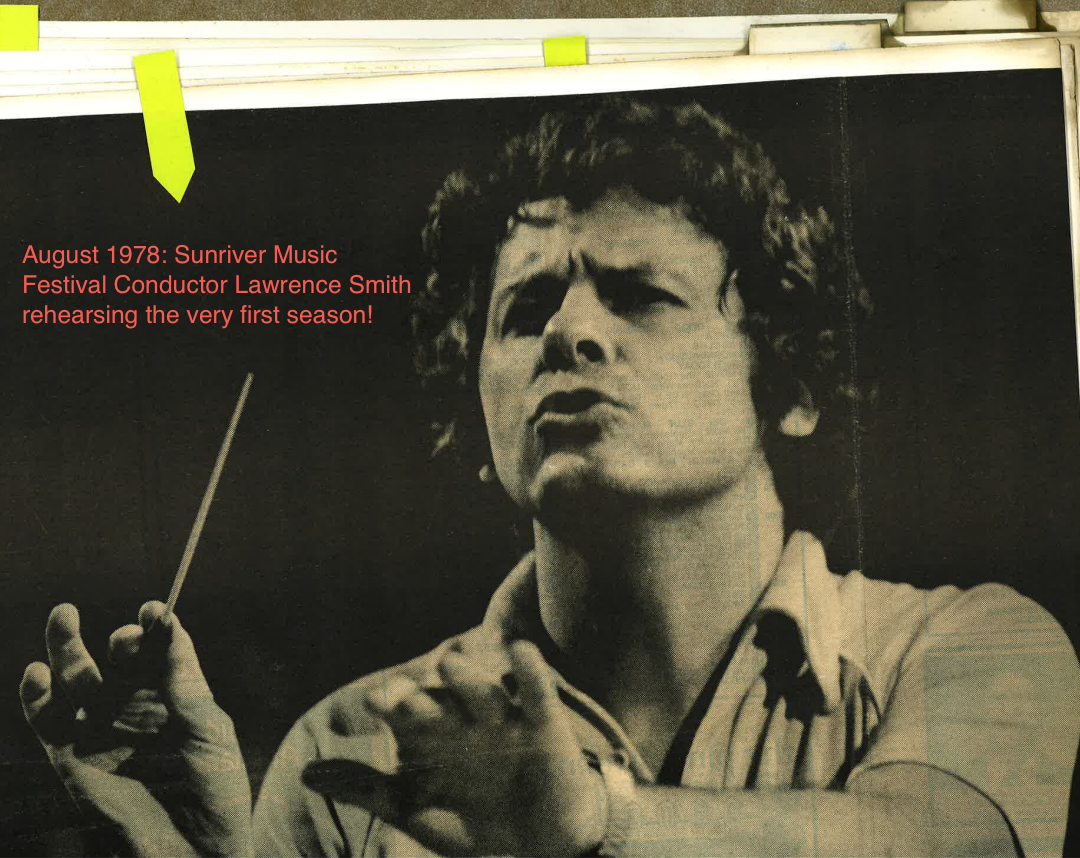 Polly Kahle, Joan Hibbs, and Julie Peecher had no experience in organizing a musical festival. As Polly stated in 1978:

“It amazed me that it was a success. I had never even attended such an affair. When I walked in at the first rehearsal and heard all the beautiful sounds, I was thrilled.”

The founders were so busy with learning how to run a festival, they forgot to promote the festival to Sunriver residents. Again, Polly Kahle from a 1978 interview with Paul Redding:

“We pretty much neglected the home owners. Many residents didn’t have the slightest idea of what was going on. Yet when we needed housing for the musicians and a good response to the tickets sales, the whole community supported us. The house was packed at every performance and every musician had a host.” 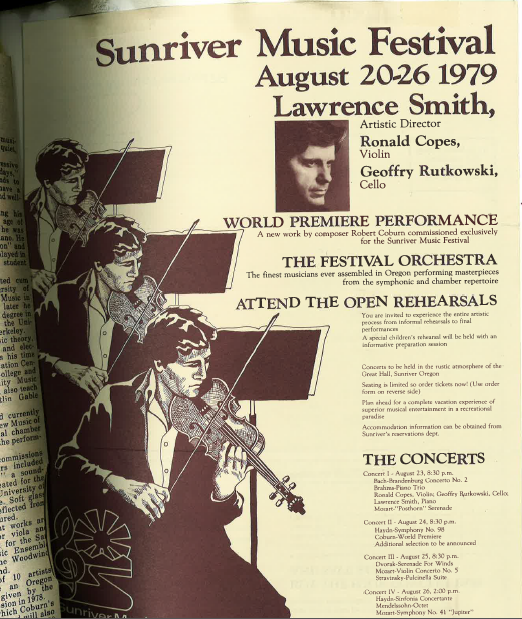 • Larry returned as Artistic Director in 1995 and remained in this position until 2012.

• George Hanson was invited to be Guest Conductor in 2011 to work with Larry. Due to illness, Larry was unable to come to Sunriver in 2011 and George conducted all the concerts that summer. He was hired in the fall of 2011 and continued in that position through the 2019 season.

• Sunriver Music Festival office burned down over Labor Day Weekend in 2006. It was located in Building 15 in Sunriver’s Village Mall. Fortunately, historical scrapbooks made it through the fire and one desk. Pretty much everything else was lost.

• The Festival made a major change in focus in 2010 with Bend concerts. Starting in 2010, half of the festival was moved to Bend, using the historic Tower Theatre and high school auditoriums for Pops and Classical Concerts. Sunriver had been holding the Pops in Bend for years, but that was the only concert in Bend during the early years.

In an interview with Paul Redding in 1978, Jim Reeves explained why 40 years later, the festival is thriving:

“This is an event which gets the musician cheek to jowl with the audience. As a musician, I can say there is a vast difference in playing to an audience at a distance across the footlights and playing to people that stood close to you and talked to you…”

A STRONG FUTURE FOR THE NEXT 40 YEARS

The Festival continues to prosper under the direction of Executive Director Meagan Iverson and dedicated board, staff, and volunteer teams. Again, from the Jim Reeves interview in 1978:

“I think there is much to be said for a fairly primitive arena where people have to be packed in. I know that people are not there unless they very much want to be and this means that they love music. Aspen and other institutions have been allowed to get too large. We must guard against this. Otherwise, I see the Sunriver Music Festival as a completely practical and expanding force for the good of Central Oregon.” 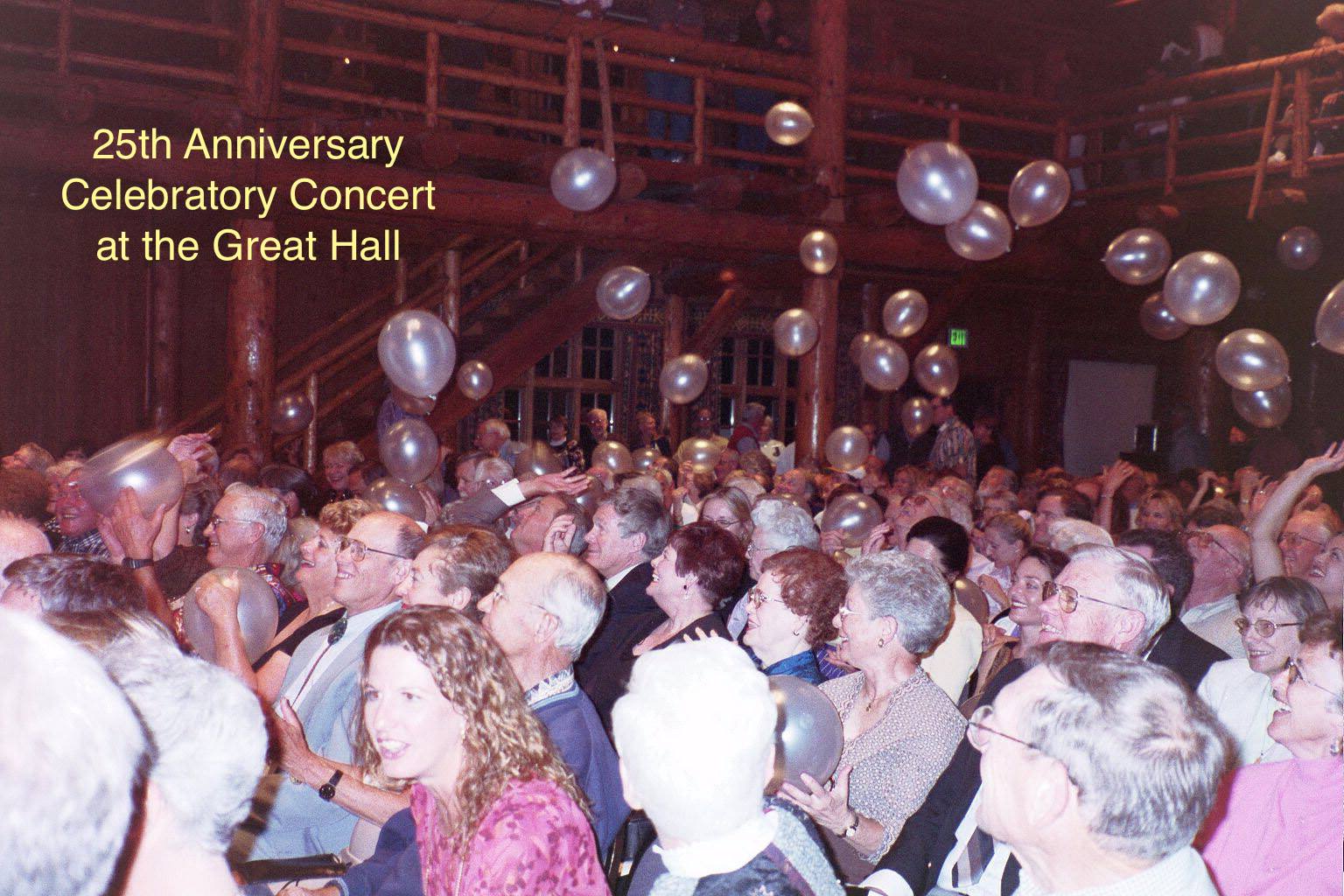 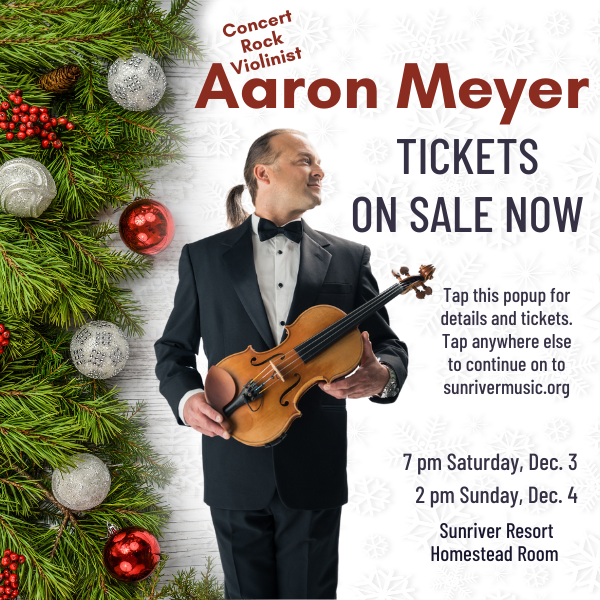